Cam Skate was formed to defend the interests of skaters in the city. Skateboarding is beautiful and worthwhile and Cambridge is not doing enough to help it grow. Our city's attitude to skateboarding needs to change. Skateboarding should be a part of public life and skaters should have ownership over skateable places.

It is our intention to achieve these goals through a combination of consultation with local authorities and direct action.

Join Cam Skate to show your support and give your input.

Skateboarding is good for everyone and an important developmental tool for children and teenagers.

Skateboarding has the potential to impact mental health and community positively.

Beyond the Board: Findings from the Field

Skateistan is an international non-profit that uses skateboarding and education to empower children. 50% of students are girls. In 2020 Skateistan was awarded the Women and Sport Award by the International Olympic Committee.

Studies show skating is an effective youth development strategy that lowers crime, fosters creativity, and reduces childhood obesity. Skating is good for cities too. The presence of skaters adds life and interest to ill- or underused public spaces.

Skateboarding is good for cities. So why is it a crime in DC?

Cambridge lags behind other cities in quality and quantity when it comes to skateable places. Skaters lack places to skate and the facilities provided are low quality.

Cambridge needs to provide more facilities for skaters and our existing facilities need repair and redesign.

The most iconic skate spot in the country. Southbank's status as a cultural hub owes a large part of its success to accommodating the skateboarding community even if (initially) unintentionally.

A long-fought campaign secured the preservation of this living part of UK skate history.

This space has empowered generations of physical, visual and collaborative expression and informed and directed the lives of people from all walks of life. This world famous landmark and cultural icon must be preserved for future generations to flourish.

Born Skateplaza in Barcelona, commonly referred to as the 'skate capital of Europe' is a model for the kind of place Cambridge needs.

This plaza is not a skatepark, it's simply a space designed to accomodate and encourage skateboarding. It is a natural part of the city as opposed to being isolated and forgotten about.

In Barcelona, skating 'spilling out' into the city is not discouraged and the city benefits massively from it.

[Our proposal was] to abandon the preconceived idea of “skatepark,” and to simply look, recognize and value the reality of the kind of street skateboarding and architecture that has already made Barcelona a real gem for skateboarders all over the world.

The 'Bear Pit' in Bristol is a space similar to Cambridge's Elizabeth Way Roundabout. Pedestrian subways lead into a large open space.

While this area was already popular with skaters, it was embraced by the council who repaved the area and built a simple skateable ledge.

This project shows that skateboarding can be used to regenerate spaces in a relatively low cost way by bringing life and legitimate use to an area.

Since [the ledge's] arrival the space is now thriving, not only with skaters but more generally, as people seem to want to hang out there more. Every dry day there can be anywhere from 5 to 50 skaters there from mid day to mid night; they are respectful and thus this otherwise run down and sketchy location is now a rad place to hang out for everyone in the local community.

4. Skateparks belong to their users.

Cities belong to the people who live in them and skaters should have the autonomy to create their own skateable places.

Cambridge is a divided city. Giving ownership over local spaces to local residents is needed for people to feel like they belong in the place they live.

Cities have the capability of providing something for everybody, only because, and only when, they are created by everybody.

The Death and Life of Great American Cities 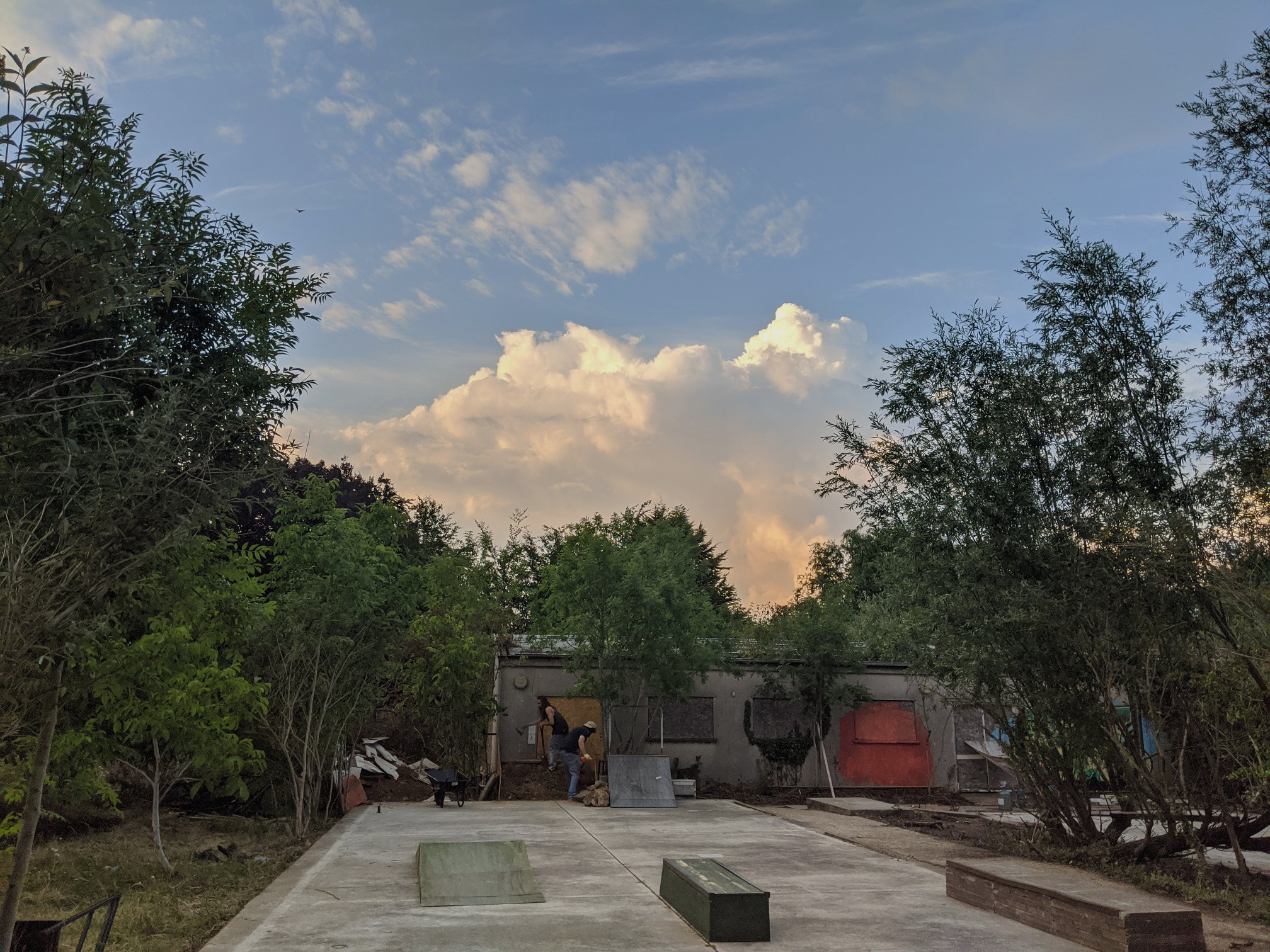 Cam Skate have created two community-led skate parks and gardens on neglected land in Cambridge. These two projects have brought the skaters of Cambridge together and are addressing the unmet needs identified above.

With the support of local authorities these projects could achieve even more!

Giving community groups temporary access to vacant spaces is vital in fast-changing cities where space is at a premium. The choice between leaving land neglected and empowering local people should be obvious.

One successful example is the King's Cross Skip Garden. For more examples see this report on meanwhile land use from the Nudge Group.

A community skatepark that was built with reclaimed materials from the construction of the Olympic Games, Frontside temporarily turned an unused derelict piece of land into a friendly skatepark and events space decorated with plants, trees and seating.

Agree that skate-related spaces should be designed by skaters? Join Cam Skate to show your support!